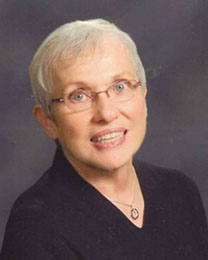 The Margaret Randolph Endowed Scholarship in Nursing was established in November 2013 by Margaret Randolph to support outstanding student nurses who are deeply committed to the career path of becoming a professional nurse.

Margaret Randolph was a registered nurse; after graduation, she worked at University of Illinois Hospital in Chicago. She has shared her nursing skills with family, friends, and her community. She has been a volunteer at the Community Healthcare Clinic, Mennonite and BroMenn hospitals, Red Cross Blood Banks, and many other community organizations. She served as the President of the McLean County Medical Alliance and on the advisory committee for the Community Cancer Center. Margaret was a founding member of the Friends of the Mennonite College of Nursing Steering Committee, which was formed in 1994 at the time of the 75th Anniversary of the College’s Founding. The Friends raised nearly $125,000 between 1994 and 2013 to improve the College’s clinical laboratories, provide new furnishings for the graduate program, and procure the very first simulated humans, which became the foundation for what would later become the Nursing Simulation Laboratory.

Mrs. Randolph continues her service to the College of Nursing through her participation on the Dean’s Strategy and Planning Council, formed in November 2010. The Council has been critical to the College’s continued efforts in communication, development, and community partnerships.

Excellence in Nursing Education is a passion of Mrs. Randolph, and she is very proud to be part of the progress of Mennonite College of Nursing, and to share her passion for the good work being done at the College through the creation of this Endowed Scholarship.