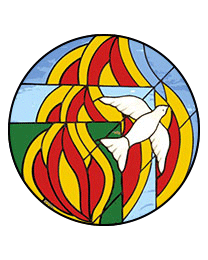 Eugene Mosbacher established the Virginia Mosbacher Endowed Scholarship Fund in 1989, as a living memorial to his wife, Virginia. The purpose of the Virginia Mosbacher Endowed Scholarship Fund is to provide substantial financial support for upper-class nursing students who demonstrate outstanding potential for contribution to the profession of nursing, and to promote academic and professional excellence.

Virginia Mosbacher had been active in many business and community affairs in Bloomington-Normal, and had been employed for 36 years with First Federal, starting as the savings and loans’ fourth employee, as teller and secretary. She accepted positions of increasing responsibility during her tenure, eventually being promoted to first vice-president and assistant secretary of the institution. She was a charter member of the Women’s Division of McLean County Chamber of Commerce and Industry, and served as its second president.

She also was a member of the BroMenn Advisory Board and the Twin City Homemaker’s Extension Association. She was featured in December 1974 in The Pantagraph as one of 10 Outstanding Women Working in Bloomington-Normal.