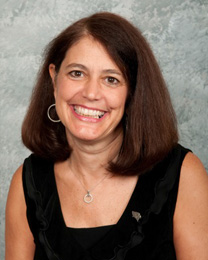 Since 1972, Mennonite College of Nursing has provided transcultural nursing experiences for nursing students. First called the Summer Service Program, but renamed in 1983, the first students participated in a nursing care service in Harlan, Kentucky. In the years that followed, the program expanded to include sites in England, Haiti, Native American reservations in Montana, San Antonio, Texas, Germany, Netherlands, and Japan. Current sites include Native American reservations in Montana, a children’s wellness clinic predominantly serving Hispanic families, and the University of Brighton in England.

Between fifteen to 20 percent of nursing students annually elect to take at least one transcultural nursing elective during the summer as part of their nursing education. This program recognizes that health care professionals may be faced daily with patients from differing backgrounds, religious beliefs, and cultural norms that influence the way they view, accept/reject, and respond to health care. Each patient creates challenges and opens the door for misunderstandings, if not missteps that may ultimately hinder the work of a nurse who is not keenly aware of each one’s unique needs and expectations.

Mennonite College of Nursing has been a national leader in recognizing and valuing the unique experiences and beliefs of each individual. Since the early seventies, the College has taken measured steps to help students develop sensitivity to persons of another culture. They have helped students identify how cultural belief systems influence health care, recognize the role of a health care provider in a different culture, and determine health care needs relevant to people of the culture studied. Students are also challenged to find ways to communicate with patients when language barriers exist and are forced to critically examine their own beliefs regarding health and culture.

Program costs often create barriers which keep students from participating in Transcultural Nursing Programs. Through the annual fund, alumni have been able to give back by helping to support scholarships for transcultural programs. In 2002, during the College’s first campaign as a part of Illinois State University, Professors Karrie Ingalsbe and Lynn Kennell envisioned a fund that would provide on-going support for the transcultural nursing program. Through their dedication and financial support, as well as the support of many others, The Transcultural Nursing Fund was established and became endowed in the Mennonite College of Nursing in 2005.