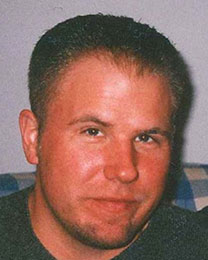 The Chad Guenther Scholarship was established in 2016 by Chad’s parents, Joan and Hank Guenther. Chad had lifelong cardiac complications, and he passed away in May 2016 at the age of 41.

Chad had been a talented promising athlete until the age of 12, when he was diagnosed with Ebstein’s Anomaly. During the past few years, Chad had many opportunities to experience nursing care. First, his Ebstein’s became symptomatic, and at the age of 38, he had a stroke and was impaired. The following year, his heart was rebuilt. Chad encountered many nurses, and was very pleased with those who trained at Mennonite College of Nursing, especially Mary. She always showed him kindness and encouraged him to do more.

To remember Chad, and to celebrate Mary, the family chose to designate memorial gifts to a scholarship in Chad’s name. The family hopes by telling Chad and Mary’s story, it will encourage all nursing students to be like Mary, always kind, and always encouraging. They may never know the impact they are having on their patients!